This existing facility at Jackson Memorial Hospital comprises a 3-story medical building. Part of the footprint, which was constructed circa 1995, was designed to accommodate a future two story vertical expansion. However, after performing a comprehensive study of the existing structure, it was determined that the vertical expansion could be increased to three stories if a steel moment frame was used.  A steel system was chosen as it was both light weight and provided the lateral stiffness required for the expansion. As part of the steel system a light weight concrete on metal deck was used to serve as the diaphragm 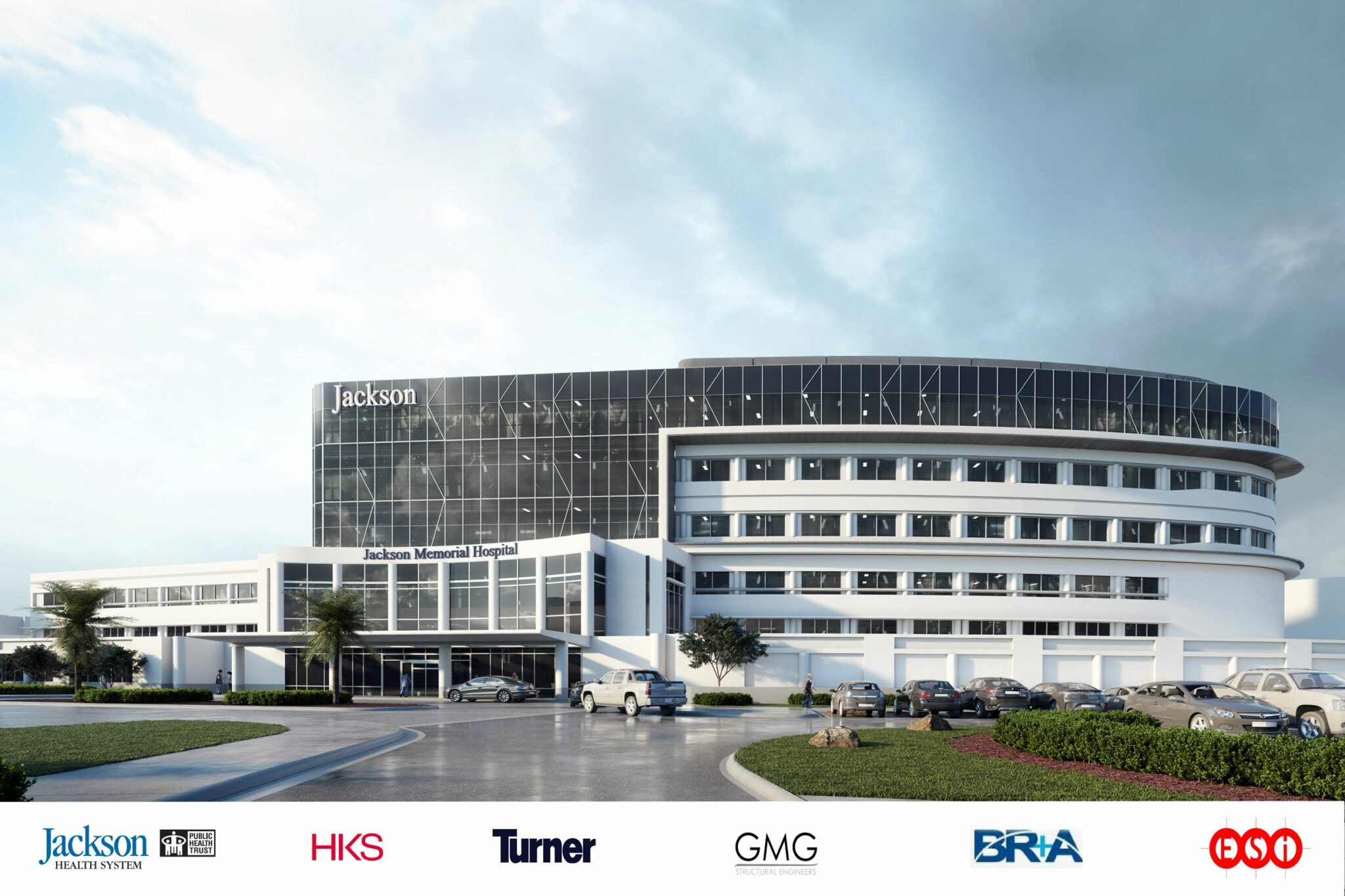